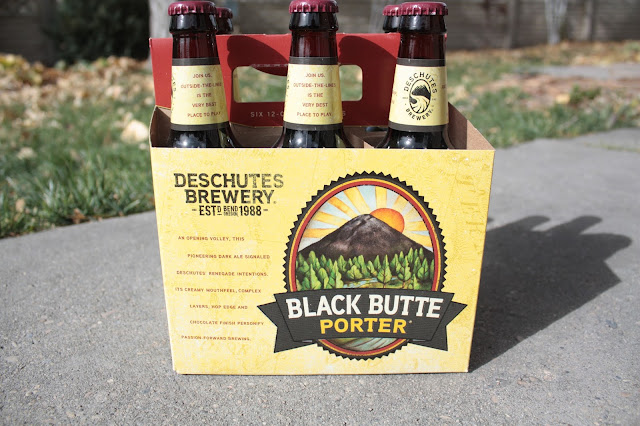 The next up in our Drunk on Geology series is Black Butte Porter from Deschutes Brewer, out of Bend, OR. 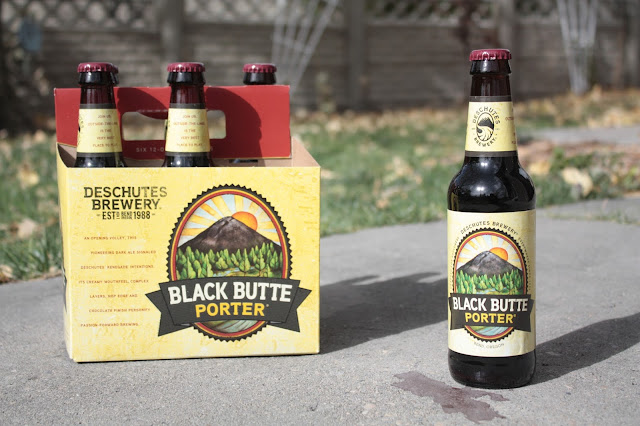 If we look at just the name of beer, "Black Butte", the geological definition of the term "butte" is an isolated, steep-sides, tower of rock with a flat top. The definition is remarkably similar to a mesa, which is generally the same except for scale. A butte is typically taller than it is wide, while a mesa is a shorter, wider feature.
However, the name "Black Butte" in this instance refers to a specific mountain located within the Cascade volcanic arc of Oregon. Black Butte itself is a stratovolcano, a type of volcano that is built up over time from the repeated volcanic eruptions of ash, lava, and cinders. Stratovolcanoes are the most common type of volcano located within the Cascade range.

Here is the geology of Black Butte from the Oregon.com webpage:

As you drive toward the flats of Central Oregon toward this symmetrical volcano, you might well wonder why it erupted here. The more famous High Cascades peaks formed along a fault that has been leaking lava for millions of years. But Black Butte grew along a different, parallel crack to the east. This fault also uplifted Green Ridge's scarp to the north, leaving the Metolius Valley as a long trough.

Black Butte began to erupt quite recently, perhaps only 20,000 years ago. It quickly built up a 3,000-foot pile of cinders, one of the tallest such cones in the state. The eruption also buried the Metoilius River, creating Black Butte Ranch's swampy meadows on one side of the mountain and Metolius Springs on the other, where the river now emerges. 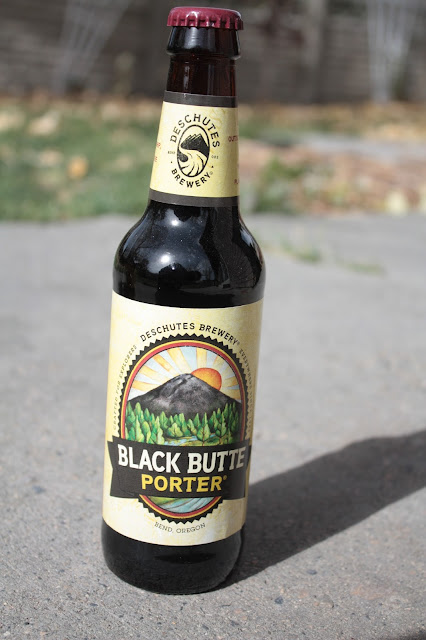 On average, the Black Butte stratovolcano is about 450,000 years old, with the youngest lava flow erupting ~9,500 years ago, with pyroclastic flows recorded over 6 miles away from the mountain. Compositionally, Black Butte is composed of a series of overlapping dacite domes. Dacite is an extrusive igneous rock (formed by a lava flow), that has a high silica and feldspar content. Dacite lies compositionally between the silica rich rhyolite and the intermediate andesite in the igneous rocks classification scheme.

The volcano is also artistically rendered on the bottle and the package.


Volcanoes in Oregon and Washington are formed from the plate movements known as plate tectonics. Along the western coast of Oregon and Washington there is a large oceanic plate known as the Juan de Fuca plate. The Juan de Fuca is slowly going down below the North American plate in a process known as subduction. As the plate descends it slowly melts. The melted rock, now being less dense than the surrounding rock, rises up through the crust creating this line of volcanoes known as the Cascade range. 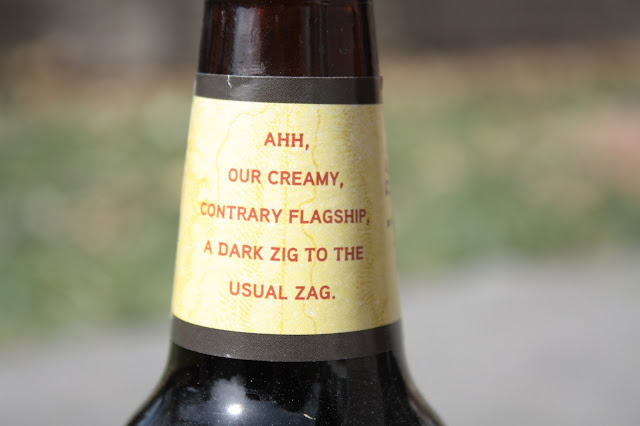 Some of the descriptive wording presented on the stem. 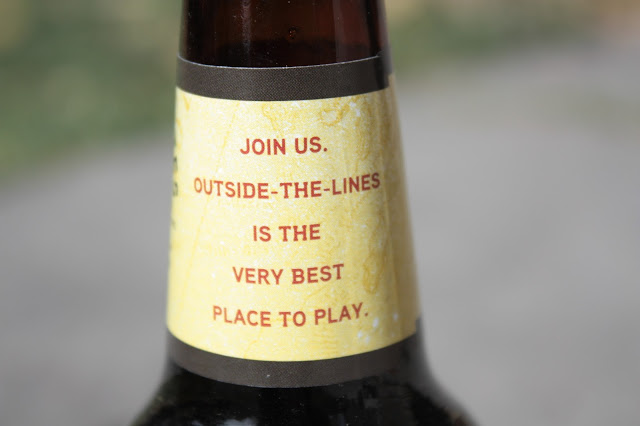 And the other side of the stem. 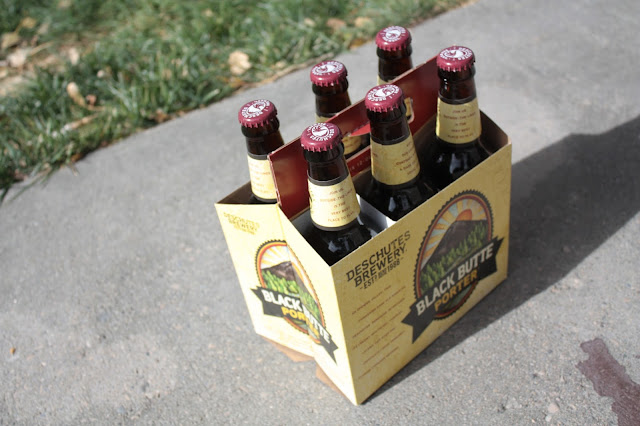 Email ThisBlogThis!Share to TwitterShare to FacebookShare to Pinterest
Labels: Beer, Drunk on Volcanology