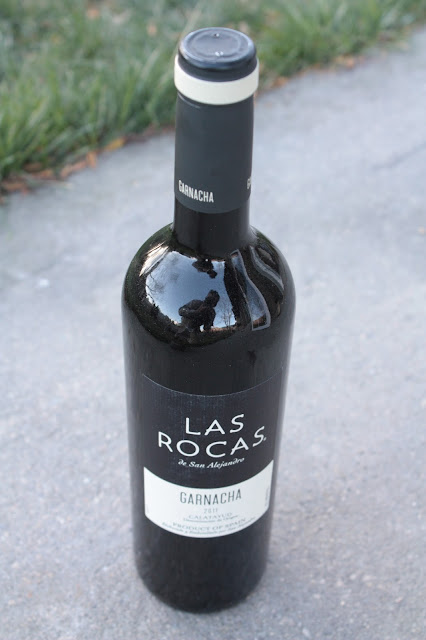 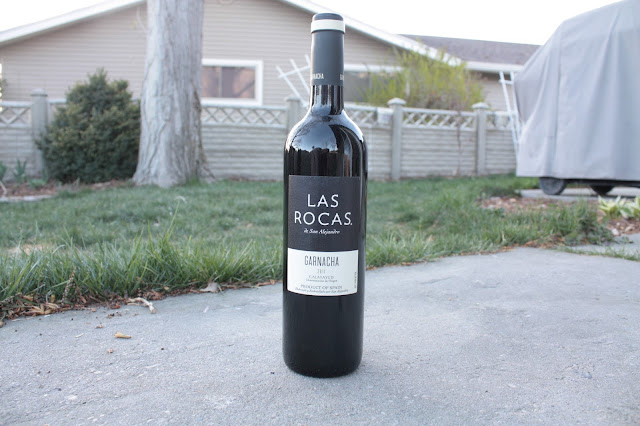 Las Rocas literally translates to "The Rocks" in Spanish. So it is a fitting inclusion to Drunk on Geology. 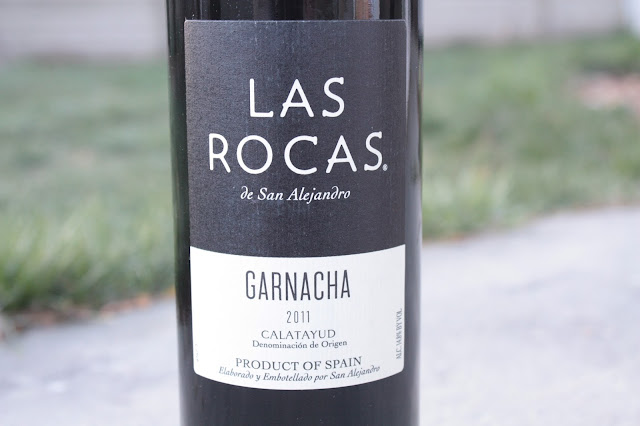 The source of the name is described on the website:

"The wines of Las Rocas come from the rocky, sunlit slopes of Spain's dynamic Calatayud growing region. Nestled in the Zaragoza province of Aragon, Calatayud is comprised of a network of tributaries and valleys, each with its own unique mesoclimate.

The mountains of Calatayud soar to 3,500 feet, with nearly 20 different soil types dotting the slopes, from chalk and limestone to clay and marl. As the elevation rises, the terrain transforms into shattered rock and slate. With its harsh landscape and extreme weather conditions - dry, hot summers and cold, snowy winters - Calatayud, at first glance, would appear inhospitable to grapevines. But, this hidden gem is heralded as one of the world's ideal regions for growing Garnacha grapes.

Rocky, nutrient-poor soils are the key to Calatayud's phenomenal terroir. As the vines struggle to survive, they concentrate their energy into fewer berry clusters, yielding Garnacha grapes with rich, robust flavors. The porous rocks retain rainwater and heat, delivering enough water to the vines, while protecting them from harsh winter conditions. The rocks here give Las Rocas Garnacha its signature spiciness and minerality." 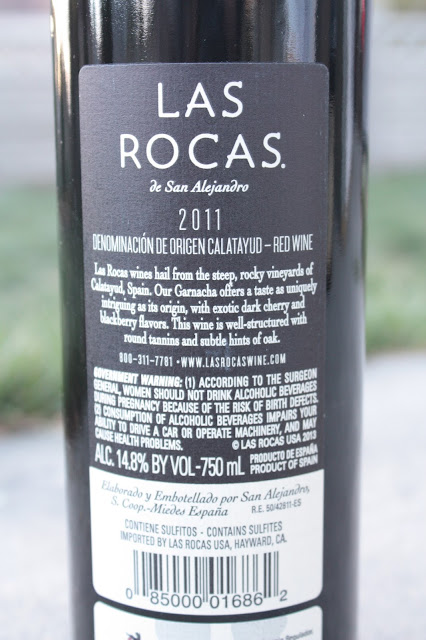 "Las Rocas wines hail from the steep, rocky vineyards of Calatayud, Spain. Our Garnacha offers a taste as uniquely intriguing as its origin, with exotic dark cherry and blackberry flavors. This wine is well-structures with round tannins and subtle hints of oak."

Calatayud is located within the central sector of the Calatayad Graben. The mountains surrounding the Calatayup Graben, the Iberian Range, were formed during the Alpine Orogeny (mountain building event). This orogeny started at the beginning of the Tertiary (~66 million years ago) and lasted until the Lower-Middle Miocene (~16 million years ago) when the African Plate was pushing northward into the Eurasian Plate.
Afterward the compressional forces stopped and the Iberian Peninsula started to expand. During this extensional episode, the Calatyad Graben was formed. A graben is a fault block which drops down in relation to the surrounding blocks, known as the horsts. The graben that formed created a fairly steep walled valley with the Iberian Range mountains isolating the Calatayud valley.
Following the formation of the graben, the valley was isolated. It was an end basin for water, like the Great Salt Lake, and as water became trapped, it eventually evaporated and became filled with evaporite and carbonate minerals. Most of the exposed evaporites are gypsum (85%) within a 500 meter thick deposit. There are other evaporites within the basin as well, specifically halite (salt) and glauberite, both of which are found in abundance deeper down within the ground. The valley is also capped with a series of limestone deposits from prehistoric lakes and rivers. The limestone forms the caprock in many parts of the basin, although it is much thinner than the underlying evaporites. Since the amount of salt is so great deep within the valley, it has a habit of becoming mobile or dissolving with groundwater creating a karst type topography, with sinkholes, and uneven surfaces. The result is a region of uneven terrain and broken limestone surfaces.

And of course, my glory shot of the wine bottle.
So as you can see, calling the wine "The Rocks" is a fairly on the nose name for this wine which is produced in a very rocky landscape.
References
https://airandspace.si.edu/multimedia-gallery/3922hjpg
Aziz, H. Abdul, and Cor G. Langereis. "Astronomical tuning and duration of three new subchrons (C5r. 2r-1n, C5r. 2r-2n and C5r. 3r-1n) recorded in a middle Miocene continental sequence from NE Spain." Geophysical Monograph Series 145 (2004): 141-160.
Gutiérrez, F. "Evaporite karst in Calatayud Graben (Iberian Range). Effects on fluvial systems and environmental aspects." Sixth Internacional conference on Geomophology. Zaragoza. 2005.
at August 20, 2020