Drunk on Petrology - Coal Mine Tempranillo 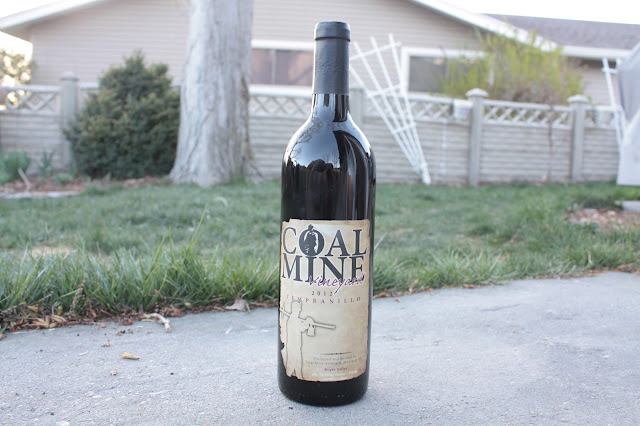 The next up on the Drunk on Geology series is Coal Mine Tempranillo from the Coal Mine Vineyards.

Coal is a type of sedimentary rock that has a very high organic content. It is made up of prehistoric plant material that has slowly been compressed over time forming thin layers ranging from millimetres to several tens of meters thick. The large amount of plant material typically occurred in prehistoric swamps. Over time the plant material died and accumulated in the water. There was so much dead plant material in the water that there wasn't enough oxygen to cause plant decay, leaving the plant material behind to eventually be covered up by sediment as the swamp was slowly transformed into a different environment (i.e. beach, floodplain, lagoon, etc.).
Coal is typically composed of mostly all carbon (50-98%), hydrogen (3-13%), and oxygen, with varying amounts of nitrogen, sulphur, and other elements. Because of the high organic content, coal is an ideal combustible and has been used for centuries as a heat and fuel source. There is a range of types of coal depending on how long the plant material has been "cooked", a process that involves compaction of the plant material, how high the temperature had gotten, and how long it was heated for. The type of coal also depends on the original plant materials that had been compacted to form the coal. By degree of cooking the ranks of coal are: peat (essentially pre-coal), lignite (brown coal, low temperature cook, carbon content 60-70%), bituminous ("soft coal" and the most abundant, has a higher temp of cooking, 71-87% carbon), and anthracite (technically a metamorphic variety of coal that has >87% carbon, considered "hard coal").
Text from the back of the bottle:

"Coal Mine Vineyard is located in Oregon near the old Black Bear Mine which was operated during the early 1900's. This vineyards labor of love is dedicated to my grandfather James Thomas McArdle and to all those who have sacrificed their lives working in coal mines. My grandfather's life in the mines started in England when he was 13 years old. He continued in the mines of Hanna, Wyoming after immigrating here in 1919. For each year of production I wish to share with you the history of this miner's life and history of the coal mines in Hanna. This year I wish to thank my father, Francis Gerals McArdle, only son to James and Gladys (Sykes) for his unwavering love and dedication, my family who have supported me throughout this endeavor and to Nancy who operates the Hanna Museum." 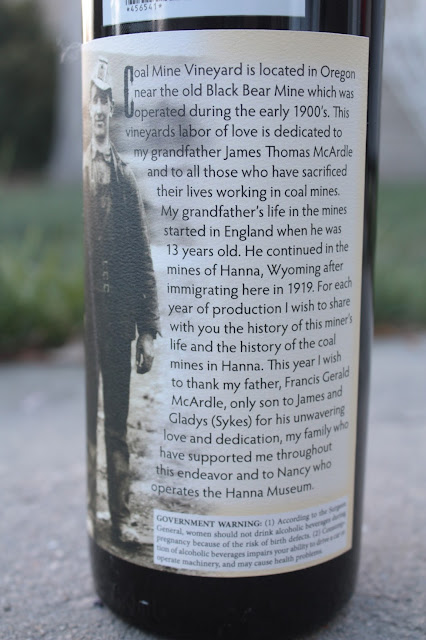 Based on the USGS report for South-Western Oregon,

"The Black Bear mine, situated about 2 1/2 miles northwest of Galice, on the south fork of Rocky Gulch, is owned by the Black Bear Mining & Milling Co. Several tunnels, one of which is about 1,000 feet in length, and a 30-foot shaft constitute the development work. The country rock is greenstone near its contact with serpentine that is derived in part from pyroxenite. A vertical belt of quartz veinlets and kidneys 2 1/2 feet in width runs nearly north and south approximately parallel to the contact. Other quartz veins, some of which carry pyrite, run nearly east and west at right angles to those mentioned above. The ore, which is rich in pyrite, with some chalcopyrite, is scattered rather irregularly in the vein belt. About 4 tons of ore has been obtained from the 30-foot tunnel, and its value as shown by assays is said to range from $4 to $27 a ton, chiefly in gold and a little copper. Some of the ore is cut by shearing plains, on which the slickensided ore shows decided movement since the ore was deposited."

Well, it appears that the coal mine from which the winery takes its name was not meant to be the Black Bear mine near where it is located. The mine that the winery is adjacent to is primarily a gold mine, however there is a "Black Bear" Coal Mine in the area, it's just not as well researched as the gold mine. Here is some information from a report on the coal mine from 1943, stating that the Black Bear Coal Mine is the largest coal mine in the Rogue River Valley Coal Field.

However, looking at the back of the bottle, it does state that the winery, Coal Mine Winery, is named in respect to the coal mines of Hanna, Wyoming. Moving on to Hanna, Wyoming, there is a "Hanna Coal Field" 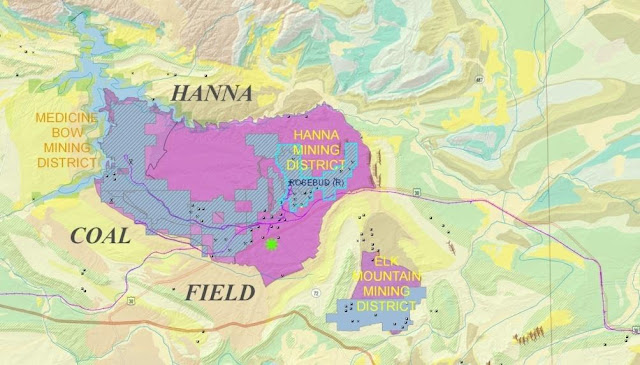 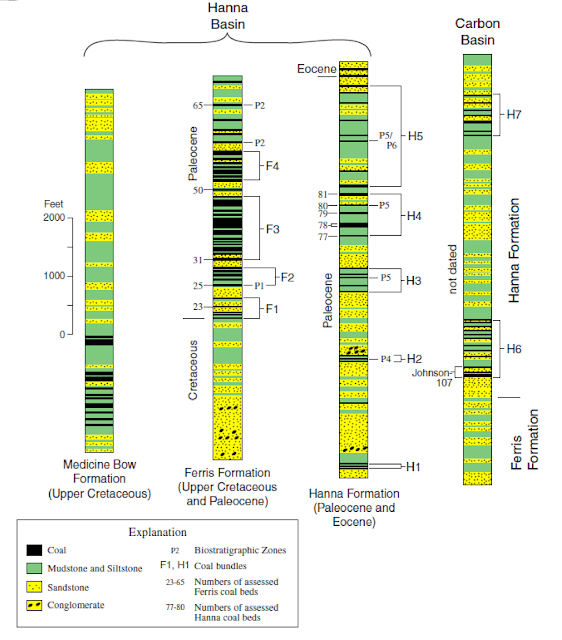 Here are a couple of strat columns from the USGS for my geologically inclined audience showing the degree of coal pervasion in the region. You can also get a brief history of Hanna, Wyoming and it's coal mine here: http://www.wyohistory.org/encyclopedia/brief-history-hanna-wyoming. 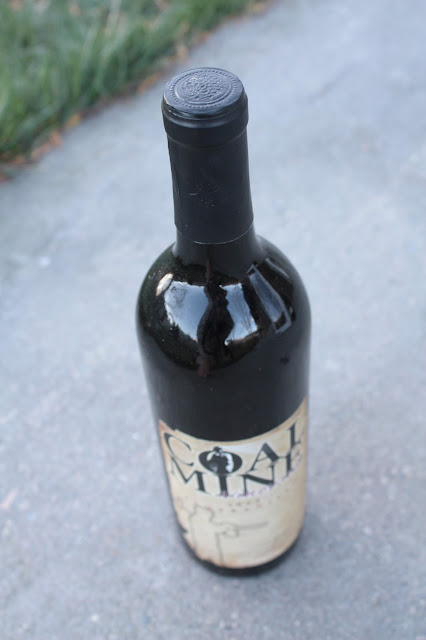 So, even though the Coal Mine, for which the winery is named is not the mine it is adjacent to, there is still quite a bit of geology associated with the name and the location in which it is founded.
References
https://www.ga.gov.au/scientific-topics/energy/province-sedimentary-basin-geology/coal-geology
https://pubs.usgs.gov/bul/0546/report.pdf
https://www.oregongeology.org/milo/archive/MiningDistricts/JacksonCounty/JacksonvilleArea/BlackBearCoalMineClaim/BlackBearCoalReports.pdf
https://pubs.usgs.gov/pp/p1625a/Chapters/HS.pdf
https://www.wyohistory.org/encyclopedia/brief-history-hanna-wyoming
https://geology.com/rocks/coal.shtml
at August 31, 2020