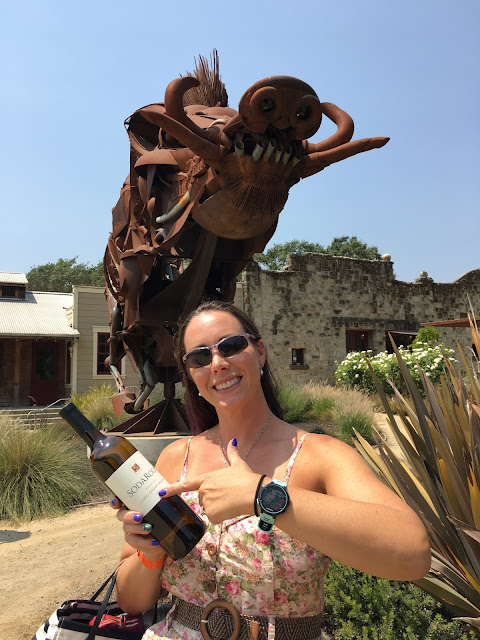 My next Drunk on Geology post is for Soda Rock's Lord Snort Blanc from the Soda Rock Winery. 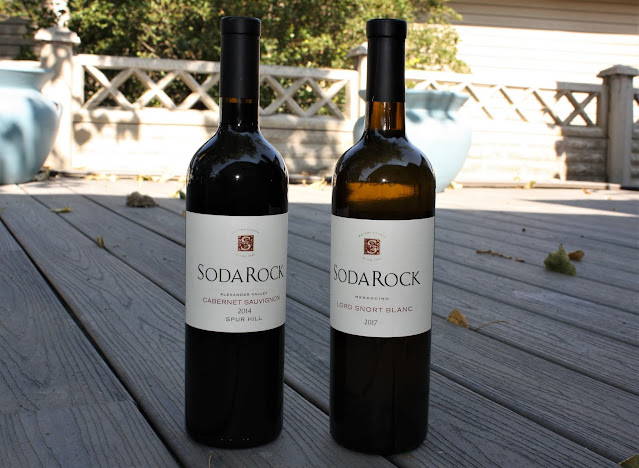 The winery was named "Soda Rock" back in in the 1930's following the repeal of prohibition, a name that has been passed down through several different owners. The original name of the winery descended from the Soda Rock Post Office and General Store, a building which the winery took over after it had fallen into disrepair. The name of Soda Rock appears to be named after an outcrop of rock along the nearby Russian River, identified on topographic maps simply as "Soda Rock".
Since the actual Soda Rock lies within the Russian River it is a bit difficult to identify which specific geologic formation it belongs to. However we can look at the nearby geological formations and see what fits best. The closest, and most likely, is the Pleistocene and Pliocene age (~5-2 million years old) Glen Ellen Formation (QTge on the map below). The Glen Ellen Formation is identified as "compact lenticular poorly sorted silly clay, sand, poorly cemented conglomerate, and local fairly loose sand and gravel. There is also a tuffaceous member of the Glen Ellen Formation within the region, although not mapped right in this area.
The other potential rock near that area are the slightly more pinkish rocks on the map above. These are Pliocene and Miocene age (~20-5 million years old) Sonoma Volcanics (Tsb on the geologic map). Which are mainly andesite and basalt lava flows, pyroclastic rocks, and mud flows with interbedded volcanic sediments. Thick sections of poorly permeable tuff breccia and rubbly and fractured zones in lava yield water to wells.
Based on the view from Google Earth, which luckily had a "street view" along the Russian River, we can get a fairly good view of the Soda Rock itself. Unfortunately, this is no substitute for going out and viewing the rock in person. So any guess as to what the rock actually is, is entirely a guess on my part, but this looks to me more like a volcanic deposit. This means that the Soda Rock itself is more likely to be part of the Sonoma Volcanics, than a sedimentary deposit, which would be part of the Glen Ellen Formation. 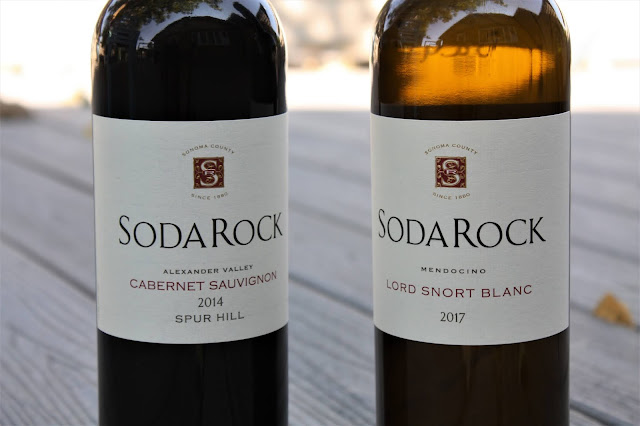 The term "soda" is also a geological term, although one that is not often used in scientific circles (from what I am familiar with). It seems to be a more commercial/industrial term and it refers to sodium, specifically sodium carbonate (Na2CO3). Sodium within rocks also has a tendency to produce a grey, ashy looking rock, of which the term "soda ash" is also another commercial term for the word "soda". So, regardless of geology, the Soda Rock in the river, does appear to have a grey, ashy look to it, hence rendering it understandable that one would call it "soda". 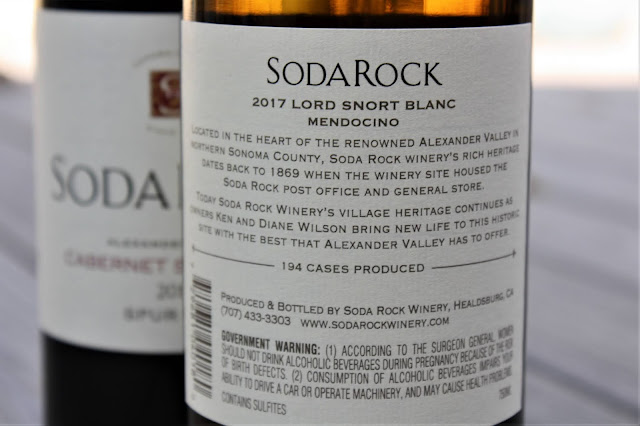 Text from the bottle: 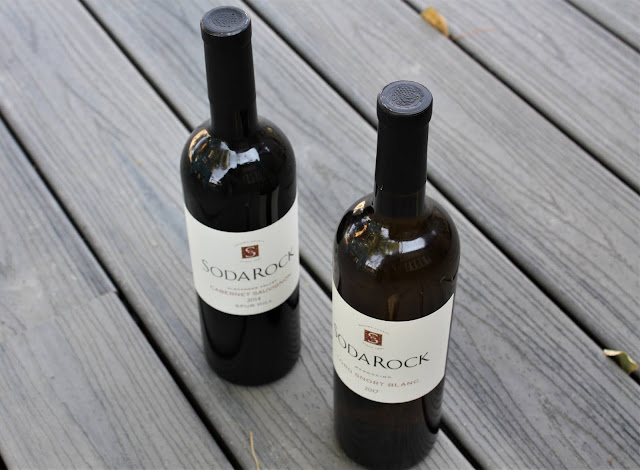 As a side note, I picked the Lord Snort Blanc as the wine for this post because the whole reason we stopped at this winery was the fantastic pig sculpture just outside the main wine tasting building, dubbed Lord Snort. A sculpture by artist Bryan Tedrick that is 20,000 pounds steel statue measuring 32 ft wide, and 20 ft tall. Lord Snort made his debut at the Burning Man Festival and eventually found his way to the winery.

And of course we had to take our picture in front of Lord Snort with our Lod Snort Blanc.
at January 06, 2021