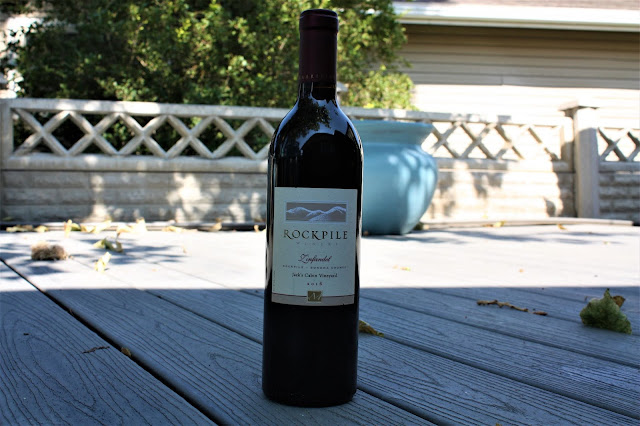 The next Drunk on Geology is for Rockpile Zinfandel from Mauritson Wines.

The name of Rockpile is the same as the region in which the vineyards are located. The Rockpile region was a recent AVA denoted in 2002. According to the TTB, an AVA is an American Viticultural Area which is:

"delimited grape-growing region with specific geographic or climatic features that distinguish it from the surrounding regions and affect how grapes are grown." 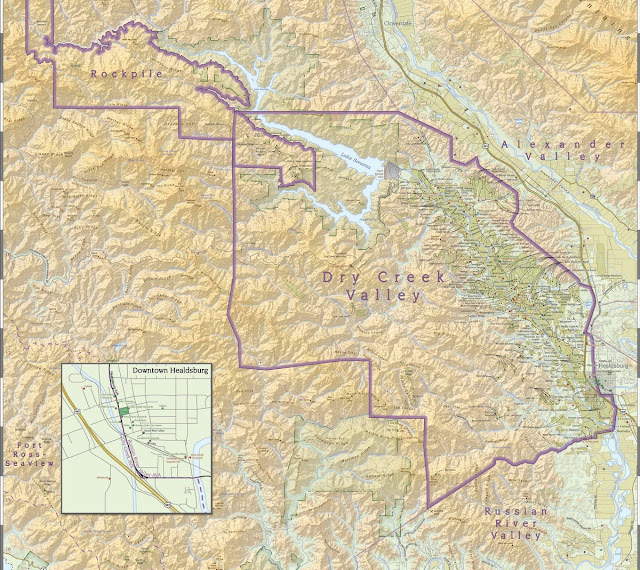 The specifics of the Rockpile AVA are that it is the northern extent of the Dry Creek Valley AVA that encompasses the areas from 800 to 2,000 feet in elevation with steep, rocky slopes and rocky loam/ clay-loam soils. 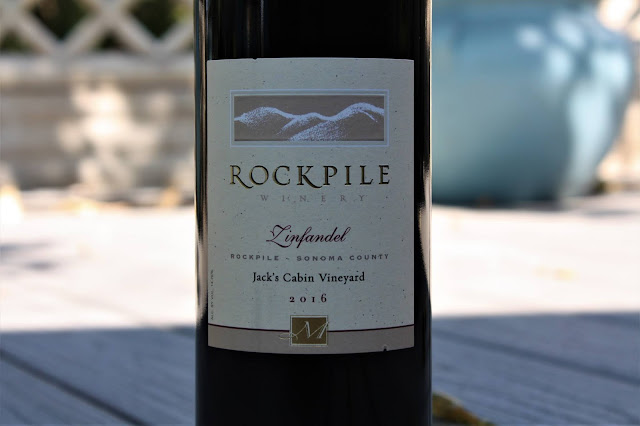 Looking at the geology of the region, most of the Rockpile AVA falls within one specific geological unit.
The Rockpile AVA runs along the southwestern shores of Lake Sonoma towards the north. This region is all encompassed by the KJfs formation on the geological map above. The KJfs is the Jurassic to Cretaceous age Franciscan Complex, specifically the greywacke and mélange deposits. The Franciscan Complex is a series of rocks that are termed accretionary (or accreted) terrain. These accreted terrains were added onto North America due to the subduction zone that used to lie on the western shore of California.
Starting around 100 million years ago, the Farallon Plate started subducting beneath the North American Plate. As that happened, the islands and other land masses that were on the Farallon plate were scraped off and stuck onto the North American plate in a region known as the accretionary wedge. The Franciscan Complex is such an accretionary wedge that was built up from oceanic crust and pelagic deposits over the course of the Jurassic and Cretaceous. Over time the subduction zone was subducted as well beneath North America, with the remaining parts of the subduction zone only occurring currently along the western coast of Washington, Oregon, and the very northern part of California.
The rocks within this complex are a large mishmash of materials all thrown together due to the way they accumulated on the continent. As mentioned above, the primary rocks within the Rockpile region are denoted as greywacke and mélange. Greywacke is kind of a bucket term, which is sometimes used for a poorly sorted, grey sandstone. However the Dictionary of Geological Terms 3rd Ed. identifies greywacke (AKA graywacke) as:

"An old term, now generally applied to a dark gray firmly indurated coarse-grained sandstone that consists of poorly sorted angular to subangular grains of quartz and feldspar, with a variety of dark rock and mineral fragments, embedded in a compact clayey matrix having the general composition of slate and containing an abundance of very fine-grained illite, sericite, and chloritic minerals. Graywacke commonly exhibits graded bedding and is believed to have been deposited by submarine turbidity currents.

The submarine deposition of these rocks makes sense, since they were likely formed along the sea floor before they were scraped off by North America. A turbidity current is an underwater landslide.
On the other hand, the term mélange just typically means a mixture rock blocks of varied sizes and lithologies, not in contact with each other, and surrounded by a finer-grained matrix. Typically these are formed by the process of amalgamation within the accretionary wedge. 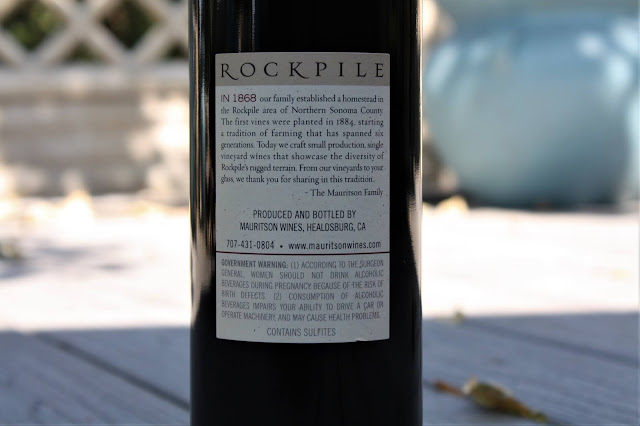 "In 1868 our family established a homestead in the Rockpile area of Northern Sonoma County. The first vines were planted in 1884, starting a tradition of farming that has spanned six generations. Today we craft small production, single vineyard wines that showcase the diversity of Rockpile's rugged terrain. From our vineyards to your glass we thank toy for sharing this tradition" - The Mauritson Family 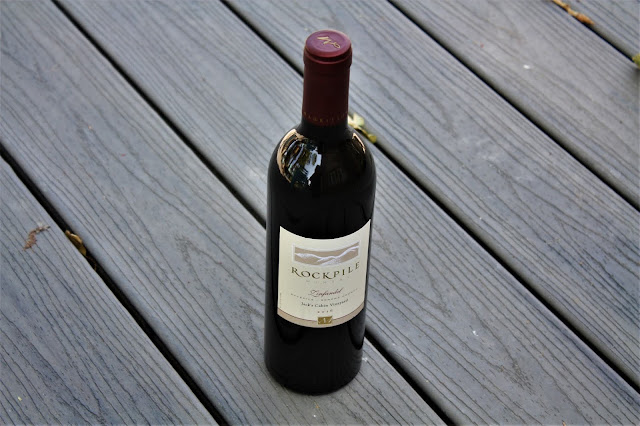 According to the USGS:

"The sedimentary model suggests that blocks (olistoliths) were transported into the depositional environment of the matrix material by gravity driven debris slides.  The trench associated with the subduction zone provides an area of suitably steep slope for this theory and the converging plates bring the displaced terranes into proximity of the continental margin mélange matrix.  The resulting olistostrome then underwent the deformation described above, disrupting the original depositional character of the matrix/block relationships.  The tectonic model suggests that primary incorporation of blocks into mélange was by tectonic processes.  During and after accretion, lenses of rock derived from incoming exotic terranes were interleaved with continental margin deposits by faulting.  Subsequent deformation during uplift further broke up the lenses of exotic rocks, forming the mélange blocks observed today."

So in summary, the rocks within the Rockpile AVA were formed from submarine landslides that eventually got scraped off the sea floor and jumbled together within the western edge of the North American continent.