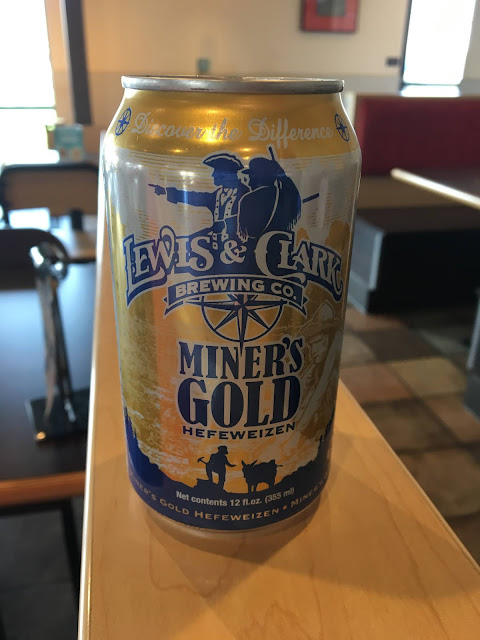 Although the beer is clearly named after the golden color of the beer itself, the town of Helena was actually founded by four gold miners from Georgia. So the name is not only in reference to its color but also an homage to Helena's rich gold mining history.
Starting off with what gold is in general. Gold is one of the unique minerals that, in its pure form, is composed entirely of one element, also call gold, with the symbol Au. It has a hardness of 2.5 to 3 on the Mohs hardness scale meaning that it actually is very soft (your fingernail is 2.5). For this reason most gold jewelry is mixed with another metal to prevent scratching and bending easily. The karat rating of the gold represents it's purity, where 24 karat is 99.9% pure, 22 karat 91.7%, 18 karat 75%, and so on. Gold naturally does not corrode or tarnish, so even when it is mixed with other metals it usually has a resistance to tarnishing, enhancing its value for jewelry. 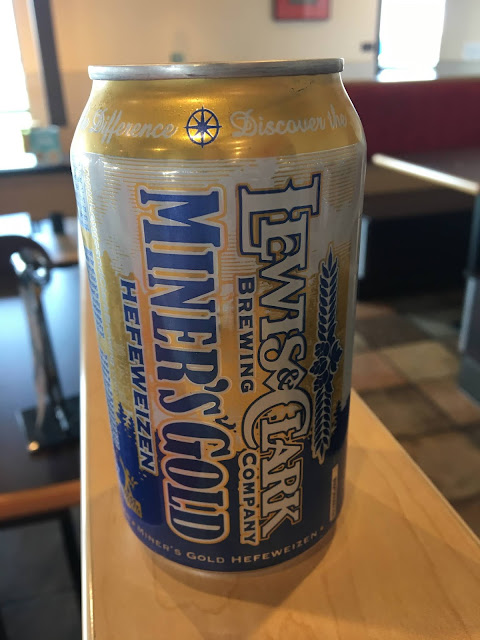 When gold is found in place, the highest grade of gold is often found in association with quartz veins. Currently gold is considered one of the most valuable metals on Earth, being used as the standard for most money (gold standard). Gold is often formed initially in relation to volcanic regions, where hydrothermal fluids associated with volcanoes carry the heavy metals up towards the surface and deposit them in rocks. These are found in areas of current or former subduction zones, places where two plates came together forcing one place down and melting it, while the other plate is forced upwards into mountains. Afterwards, erosion will take the gold out of the mountains and carry them down stream. However, since gold is so dense it does not travel easily down rivers and will often settle to the bottom of the river within the rocks and mud within the river sediment. These gold deposits are known as placer deposits and are the primary place where gold panners find gold. They can then use the locations of these placer deposits to backtrack to the original sources of the gold within the streams.
Gold deposits are found all over Montana, but primarily along the more mountainous southwestern part of the state, as seen in the image above. Gold had first been discovered in 1862 in Montana and eventually in 1864, the four Georgians had made their way to the Helena area to look for gold. The miners were unlucky in other areas, however their last try was at a claim they named the "Last Chance Gulch". The Last Chance Gulch ended up a winner, supplying more than $19 million worth of gold over four years. Last Chance Gulch actually falls now within the city limits of Helena and many of the placer deposits that were found were found during excavation of the town itself. 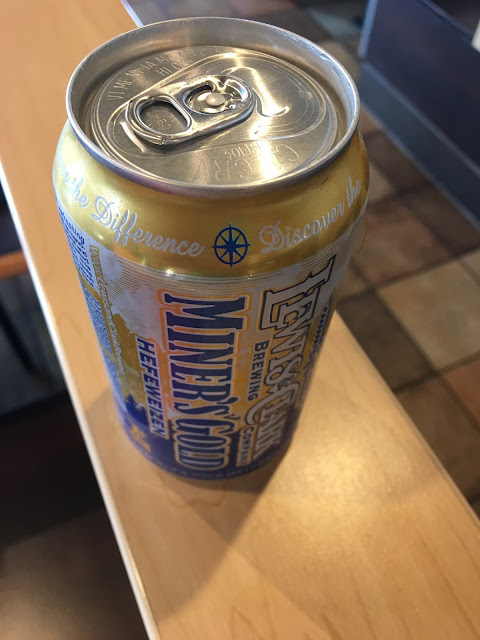 The gold from Helena and nearby Butte both come from the formation of the Boulder Batholith. The Boulder Batholith is a small batholith on the scale of batholiths, but a major gold producer. In general, a batholith is a very large rock that formed from a magma body deep within the Earth. The Boulder Batholith, named after the boulders that occur as the rock breaks down on the surface, is a large granite body that formed from an igneous intrusion 76 million years ago. The intrusion of the magma produced a hydrothermal system, heating up the groundwater and melting the metallic minerals within the area rocks, including the granite. These metallic minerals, now mobile within the water, were then reprecipitated within the older sedimentary and metamorphic rocks of the area surrounding the granite, producing rick metallic ore veins in conjunction with quartz veins. Not only are these Boulder Batholith related rocks rich in gold, but nearby Butte has one of the richest copper producing zones in the world.
References
https://www.goldrushnuggets.com/godiatlachgu.html
https://www.mdt.mt.gov/travinfo/docs/roadsigns/BoulderBatholith.pdf
http://www.geolexmt.com/helena-geo
https://en.wikipedia.org/wiki/Gold_standard
http://www.umt.edu/this-is-montana/photos/stories/The%20Boulder%20Batholith.php
at November 01, 2020

Email ThisBlogThis!Share to TwitterShare to FacebookShare to Pinterest
Labels: Beer, Drunk on Mineralogy