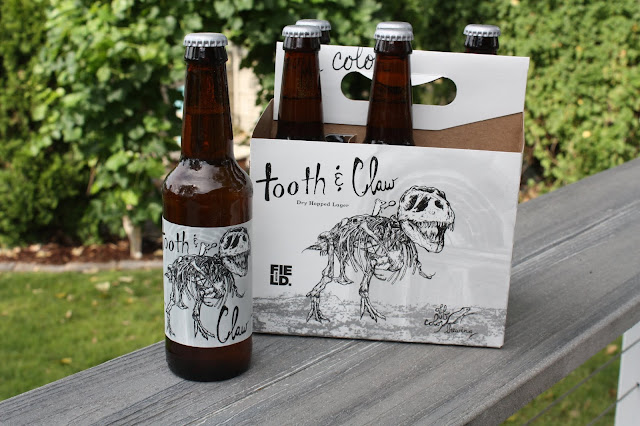 The next Drunk on Geology post is for Tooth & Claw Dry Hopped Lager by Off Color Brewing, brewed and bottled specifically for the Chicago Field Museum.

When I was last in Chicago in April of 2019, I was touring around the Chicago Field Museum and I found out that they had a specialty label that appears to only be sold AT the Field Museum in honor of SUE the T. rex. According to Off Color Brewing's website:

"All lagers are not built the same. Czech style lagers are a subtype of pilsner style beers. Less bitter than it's German pilsner cousin, this style of pilsner instead features a hop aroma and a richer maltiness and is more delicate on the palate. Tooth & Claw is brewed as a house beer for The Field Museum of Natural History." 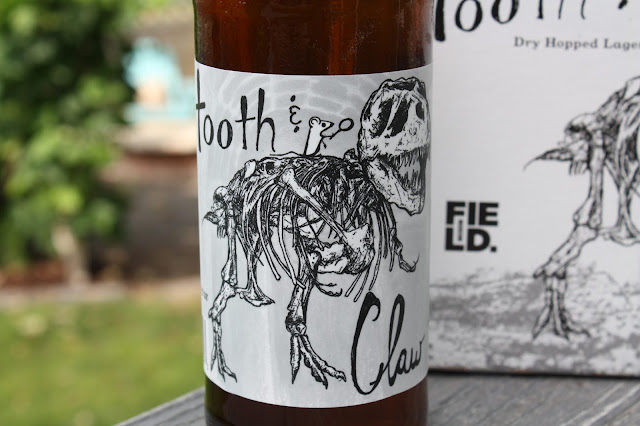 As I mentioned, the bottle proudly displays the skeleton of the Tyrannosaurus rex named SUE that is currently housed at Chicago's Field Museum. This is not the only beer to feature SUE, as I just did another post for Pseudo Sue Pale Ale, but this one is the only one to prominently display her skeleton on the bottle. 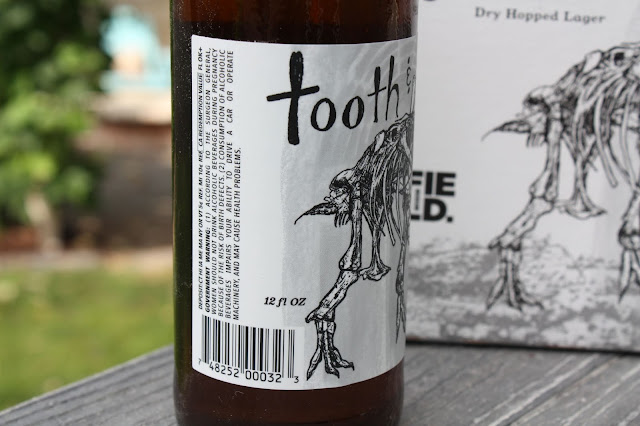 SUE (AKA FMNH PR 2081) is a 90% complete T. rex skeleton, which is one of the most complete T. rexes ever found. She was discovered in 1990 by Sue Hendrickson and named after her. Sue Hendrickson worked for the Black Hills Institute of South Dakota, but there was some legal issues that came with the discovery. I go into it a bit more on my other blog, but I don't want to rehash that here. Eventually, the fossil was sold for $8.36 million to the Chicago Field Museum with backing by McDonalds and the Walt Disney Company.

SUE was discovered within the Hell Creek Formation and has been dated to being about 67 million years old. This makes her one of the last dinosaurs of the Mesozoic. She is 40.5 feet and 13 feet tall, has been determined to be ~28 years old when she died, and is estimated to have weighed around 9 tons.
Besides being nearly complete, one of the really cool things about SUE is the entire reconstruction of the skull. When discovered and pieced back together, the skull of SUE was essentially squished (all of which happened after death and burial). The skull itself also weighs over 600 pounds, so a reconstruction was needed in order to just display the skull. Luckily the original skull is also displayed nearby in the current exhibit as well.
After years of legal issues and paleontological prep work, SUE was finally mounted in its original location, within the main Stanley Field Hall at the Chicago Field Museum in the year 2000. It was then moved to the new location pictured here in late 2018. 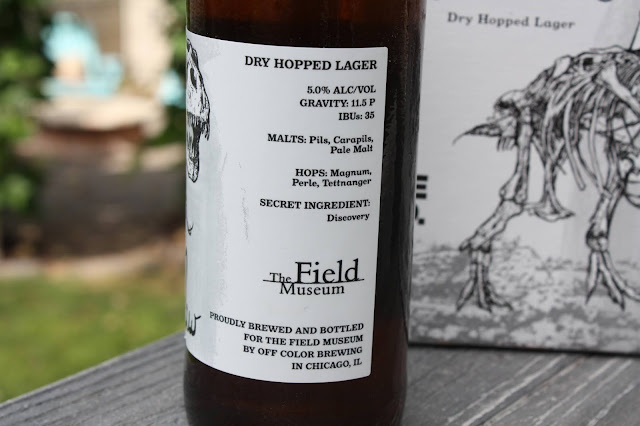 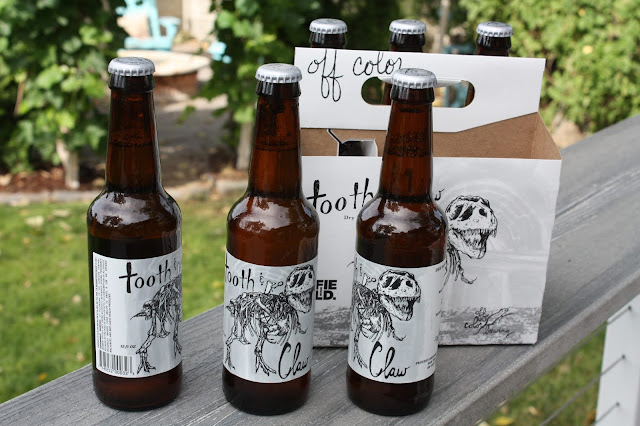 This has to be one of the coolest bottle designs that I have ever come across and I am thankful I was able to pick it up. I have also made to sure save at least one of the bottles with the carrier pack.
at November 30, 2020