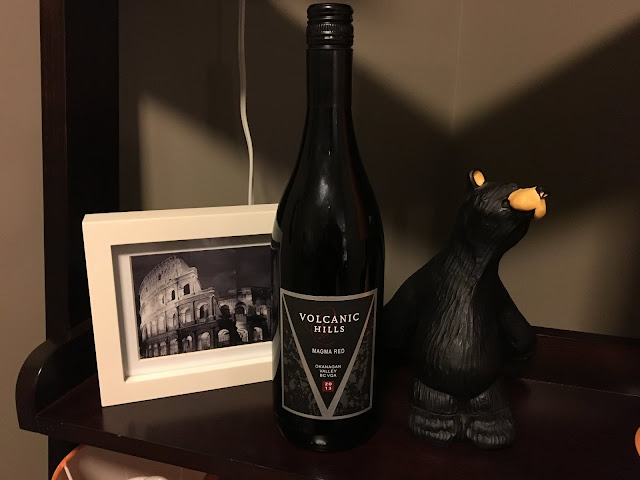 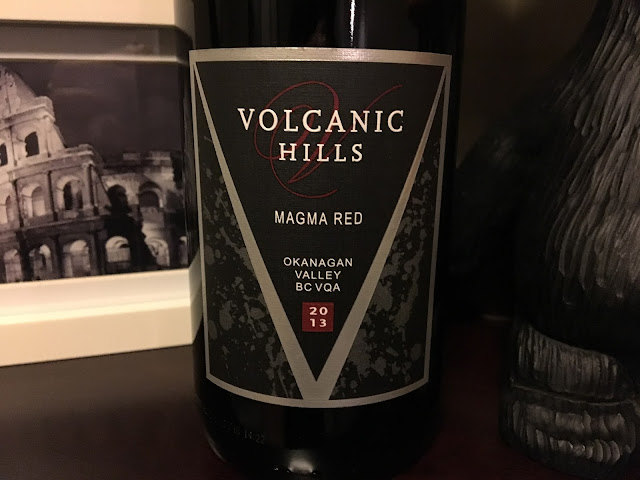 A lovely wine that we were able to get back in 2017 while we were up in Calgary is the Volcanic Hills Magma Red. British Columbia is rich with volcanoes, most of which are related to subduction along the western coast. This is where one plate goes beneath another plate (the North American plate in this instance) and starts to melt. The melting plate produces volcanoes. This is what is occurring along the western coast of the US with the Cascadian range in Washington and Oregon. However, the volcanic hills are far older than the fairly modern Cascadian volcanoes. The back of the bottle sums up the geology perfectly for the name of the bottle. 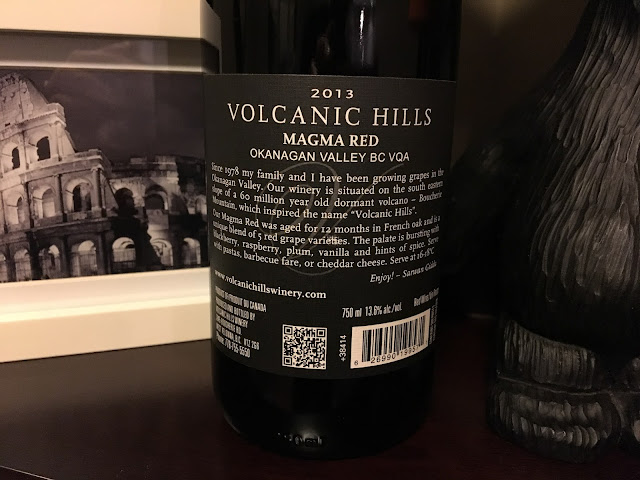 "Since 1978 my family and I have been growing grapes in the Okanagan Valley. Our winery is situated on the south eastern slope of a 60 million year old dormant volcano - Boucherie Mountain, which inspired the name "Volcanic Hills". "

The Okanagan Valley is what is known as a rift valley. This is where essentially the plate starts to tear itself apart. Think of pulling apart some raw dough. As the center area stretches out it starts to get thinner. This thinning of the crust causes the hot mantle down below the crust to come closer to the surface. As the crust gets thinner, the hot mantle is then able to heat up the rocks near the surface, melting them and forming volcanoes. That is what happened in the Okanagan Valley.

Starting ~57 million years ago, the rifting occurred along the Okanagan fault that runs up the center of the valley. Erupting within the valley around 50 million years ago are several volcanoes including Knox Mountain, Dillworth, as well as the afore mentioned Mount Boucherie. Mount Boucherie is a type of volcano known as a stratovolocano. A stratovolcano is a volcano that slowly builds itself up over time with layers of lava flows and ash layers intermixed together. Typically these are more felsic in composition (higher quartz content), meaning that they are more explosive in nature. This remains true for Mount Boucherie, which is mainly composed of rhyolite (a very thick, high silica/quartz content, felsic volcanic rock) and andesite (an intermediate, medium silica/quartz content, volcanic rock). These volcanic rocks formed likely during explosive volcanic eruptions within the area. However, since Mount Boucherie hasn't erupted in several millions of years, and isn't likely to erupt again, it is considered an extinct volcano.

And finishing it off with a lovely shot of the wine bottle with a black bear. I figured that was as Canadian as I could get in the apartment we were staying in at the time.
References
https://volcanichillswinery.com/
https://infotel.ca/newsitem/volcanoes-erupted-across-the-okanagan-valley-40-million-years-ago/it72813
https://core.ac.uk/download/pdf/56369801.pdf
https://jorma-jyrkkanen.livejournal.com/200521.html
https://en.wikipedia.org/wiki/Mount_Boucherie#/media/File:Mount_Boucherie_north_face.jpg
http://okanaganlandscape.weebly.com/geologic-history.html
https://earthquakescanada.nrcan.gc.ca/zones/westcan-en.php
at November 07, 2020