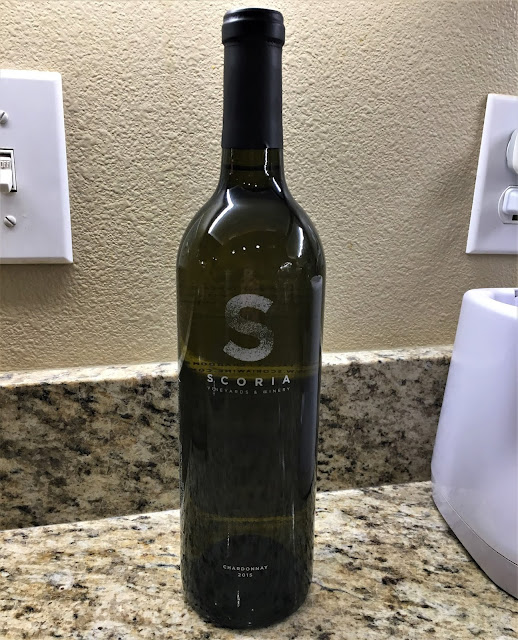 The next Drunk on Geology post is for the Scoria Chardonnay from the Scoria Vineyards and Winery.

The Scoria Vineyards and Winery are located in the same region as the previous Drunk on Geology post, Cinder Wines, the Snake River Plain, and both even have geologically related names. The words "cinder" and "scoria" are often used interchangeably within the geological nomenclature. 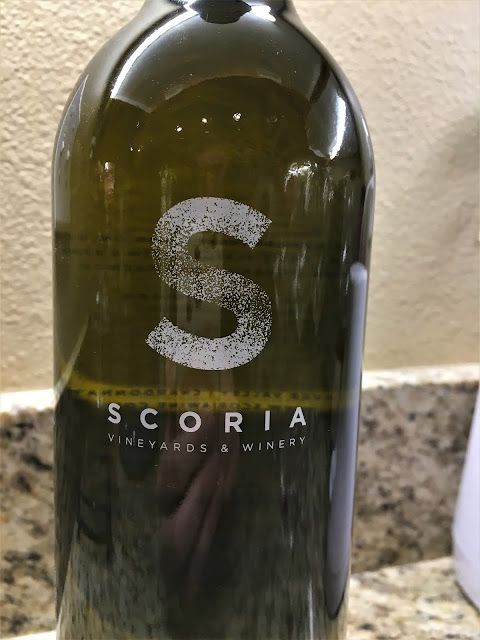 Scoria is a volcanic rock that solidifies as basaltic lava is splattered out of a volcanic vent. Lava is categorized by its chemical composition, which also effects other aspects of it. Basaltic magma is a low silica (quartz) magma, meaning it tends to have a low viscosity (runny), is darker in color (black), it has a high iron and magnesium content (rusts), and it is also generally hotter when it erupts.
When you get a specific type of volcanic eruption where the basaltic lava splatters out, the lave then cools in the air with lots of air holes in it. This gives the lava rock a holey, lightweight appearance, like pumice, but black in color (as seen in the picture above). Over time these scoria rocks pile up around the vent eventually creating what is known as a cinder cone volcano. Cinder, again, referring to the scoria rocks. 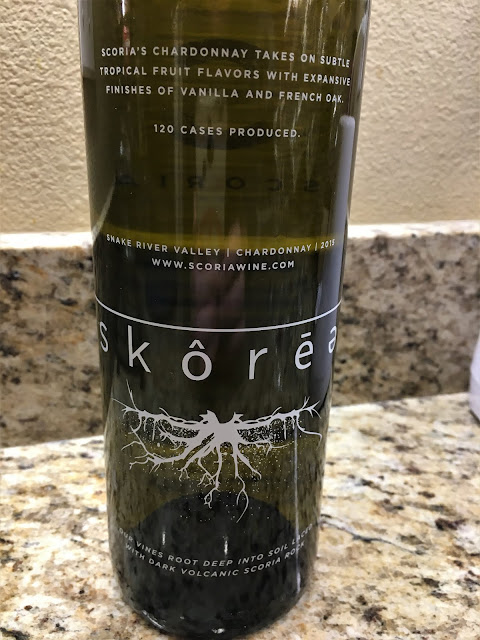 Generally, the Scoria Vineyards and Winery are located within the Snake River Plain. This is a region where the Yellowstone Hotspot once passed through. In actuality, the hotspot didn't move but the North American plate passed over the hotspot, creating this string of volcanic eruptions. While the plate passed over the hotspot, the hotspot melted most of this passage and afterwards, this region sank down from the cooling. It is a noticeable plain, devoid of mountains like the surrounding regions. Later, when the western US started to expand, which produced the Basin and Range region, this valley was susceptible to expansion, pulling the plate apart here. That expansion, which thinned the North American crust, combined with the low lying valley, allowed the hotter mantle to heat up this region melting the upper crustal rocks. This produced a score of volcanoes within the valley, including many parts of the western US down through Arizona. 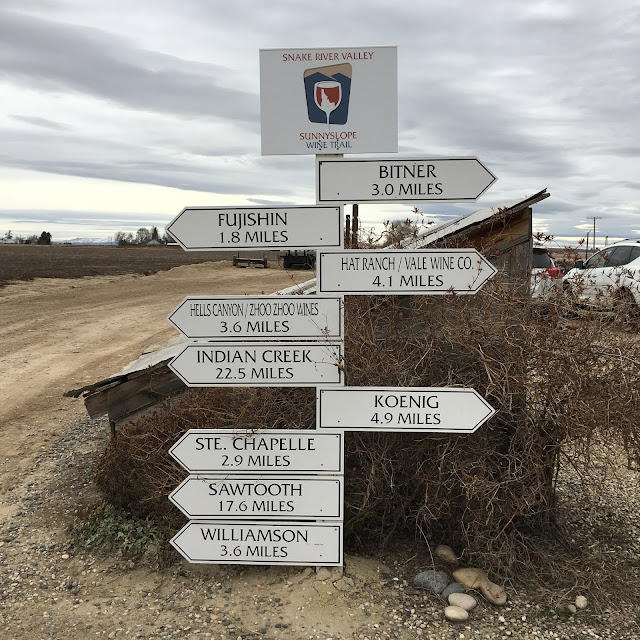 These volcanic eruptions, many of which were cinder cones, layered the Snake River Plain with scoria deposits. Later lake and river deposits made this valley an extremely fertile region with well drained soil, perfect for vineyards. Hence the reason so many wineries are located within the Snake River Plain.
at December 11, 2020