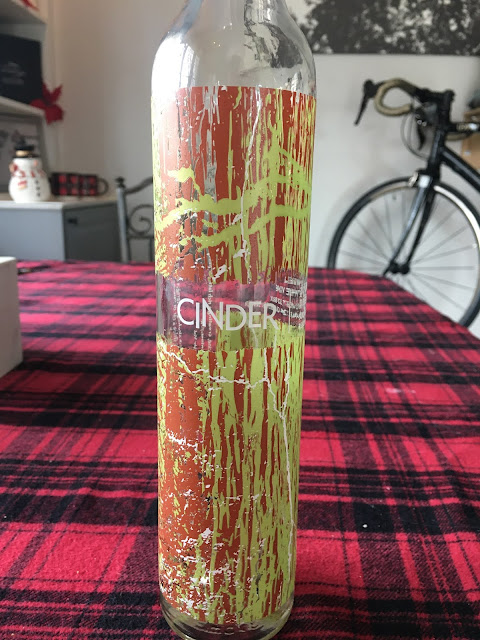 The next Drunk on Geology post is for Cinder Viognier from Cinder Wines. 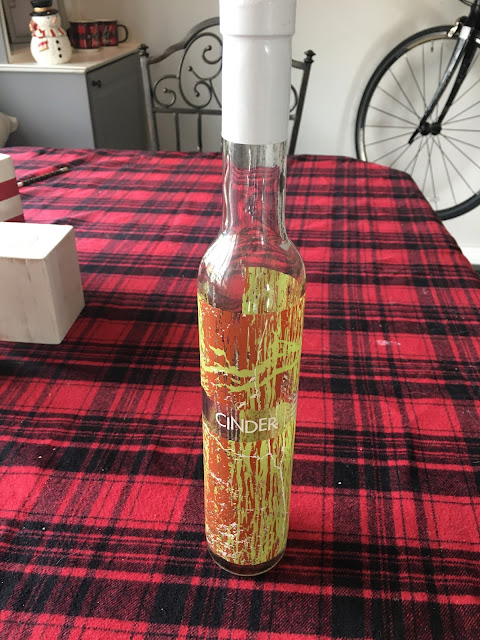 Cinder Wines is located in Idaho along the Snake River Plain, and it is a winery that does not shy away from it's geological origins. I was able to visit their tasting room up in Garden City, Idaho and it was fantastic. Unfortunately, the photos I ended up taking of the wines we got from there disappeared. Luckily, we did keep one of the bottles that we got because they were so cool, the Vognier seen above. We got two more wines from there but these (below) are the only pictures I had of those. This is a crop of a much larger picture showing all of the wines we had gotten from that trip.

The word "cinder" refers to the geological rock known as scoria. Scoria is a basaltic volcanic rock that has a lot of air holes within it and is typically black in color. Think pumice, but black. When volcanoes erupt, they spit up lava. There are many different types of lava depending on the silica content of the lava. The higher the silica content, the thicker the lava. Basaltic lava has a very low silica content and therefore a low viscosity. This low viscosity lava will then be able to flow, like the lava rivers in Hawaii. Sometimes, basaltic volcanoes will erupt by spluttering their lava into the air. As the lava is shot into the air it solidifies and piles up alongside the volcanic vent. Over time these piles of scoria will pile high enough to become a cone, termed a cinder cone.
Besides just having a low silica content, scoria also has a high iron and magnesium content. Once in contact with the surrounding air and water, this high iron content will sometimes rust, forming a reddish tinge to the rock. If the iron content is high enough, then the rock can turn very red, especially if broken down through erosion. The Cinder Wines tasting room had a lovely panel of scoria (cinder) from the local region (below). This panel mixes the rusted red scoria with the more typical black scoria.
The patterns depicted within the panel above is also what is artistically recreated on many of the bottles sold at the winery, as seen on the Viognier pictured.

Up close view of the cinder patterns on the bottle. 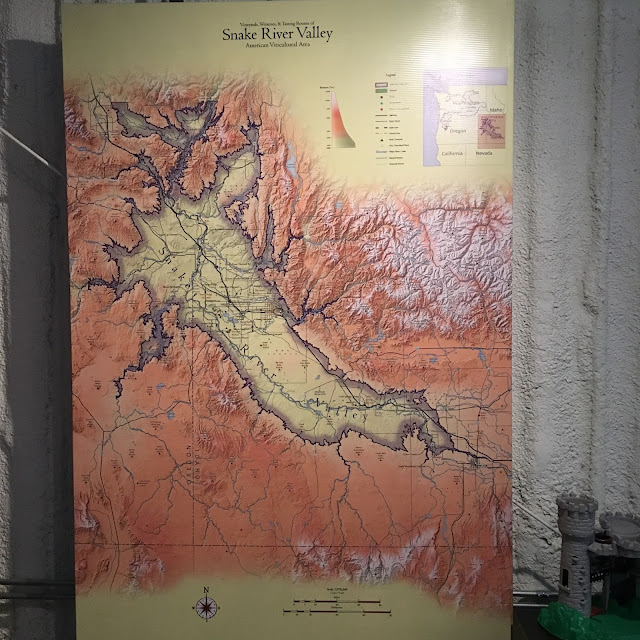 The geology of the Snake River Plain is complex and Cinder Wines fully embraces it, to the point that the developed a little handout with the geological history of the region. The Snake River Plain initially formed from the passage of the Yellowstone Hotspot over the region. The hotspot essentially melted the crust and produced several eruptions along the way. After the hotspot moved on (or more accurately after this part of the North American plate moved over it, since a hotspot doesn't move), the area of the Snake River Plain cooled off and collapsed down. This created a noticeable, large flat lying valley that lacked the mountains of the neighboring areas. Within this region of the Snake River Plain there also formed a lake within that depression left. This lake, called the ancient Lake Idaho, filled much of the valley shown in the images above.
Around this time, there was a subduction zone along the west coast of the United States where the Farallon Plate was subducting (going beneath) North America. This caused North America to be squeezed. However, most of the plate eventually went completely below North America. Because the plate was no longer pushing up against North America, the squeezing was reduced and North America expanded, like a compressed sponge being let go. The expansion of North America produced a region called the Basin and Range, which is an area of alternating valleys and mountains. This expansion also produced a thinning of the crust, which allowed for the hot mantle to melt the crustal rocks producing volcanoes. These volcanoes, which frequently consist of cinder cones, can be found all along the western US from Idaho down through Arizona and California. 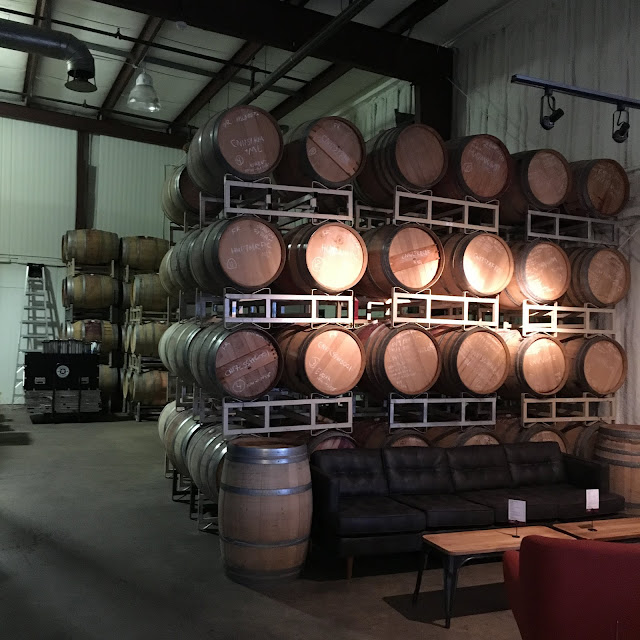 Eventually, ancient Lake Idaho drained out through an area known as Hell's Canyon, leaving behind its nutrient rich soils behind. The Snake and Boise Rivers then began to occupy the abandoned valley. However, that is not all. To the south was the historic Lake Bonneville, the predecessor to the Great Salt Lake. This lake was butting up against the glacial moraines (debris piles) to the south of the Snake River Plain. Eventually these moraines broke (at Red Rock Pass), and cataclysmic flooding of Lake Bonneville proceeded to remove most of the water of the lake through the Snake River Canyon. This flooding deepened the Snake River Canyon, eroded much of the material that was in the canyon, but also deposited a ton of sediment within the valley once the flooding had ceased. 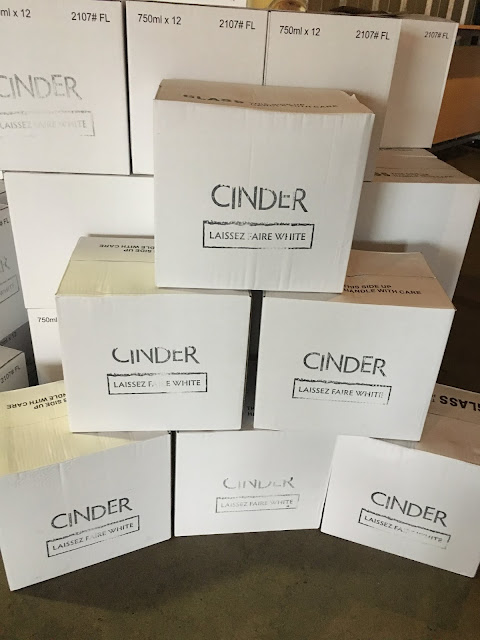 What remained behind was a region with a complex geological history, rich in nutrients from the lakes and flooding events, as well as a well drained soil from the presence of volcanic rocks. A perfect location for a geological based winery.
at December 10, 2020