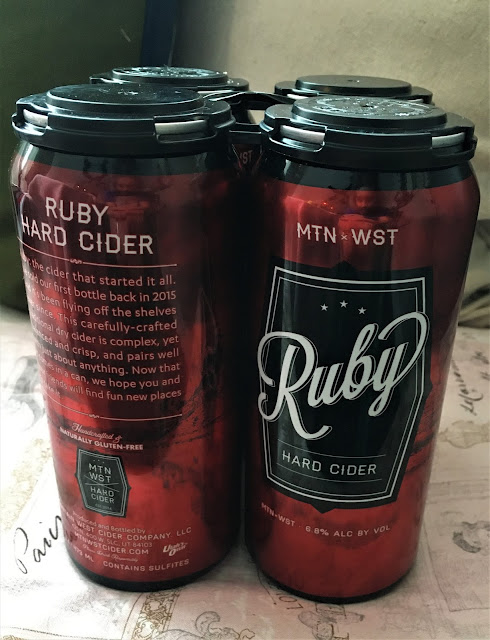 The next Drunk on Geology is for Ruby Hard Cider from the Mountain West Cider Company.

Although often referring to the strong red color, the ruby is a gemstone that comes in a pink to blood-red hue. The name "ruby" comes from the Latin ruber, meaning red. A ruby is the red variety of the mineral corundum, whereas all other colors of corundum are known as sapphires. Corundum itself is an aluminum oxide mineral, with the chemical formula of Al2O3.
Corundum is one of the hardest minerals on Earth and serves as the 9 index mineral on Mohs Hardness Scale (of which a diamond is 10). This high hardness means many things about the mineral, one of which is that it is very difficult to erode, often being left behind after the host rock has eroded away, but also that it can be used readily as an abrasive. Corundum also has a very high specific gravity (density), especially for a non-metallic mineral, making it fairly easy to identify. Corundum is frequently found as a metamorphic mineral in marbles, gneiss, and schists but can also be found in igneous rocks such as granite and nepheline syenite. 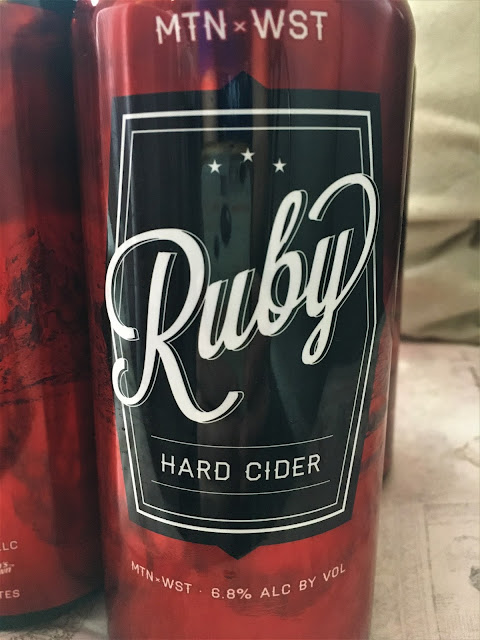 Looking at the ruby specifically, the red color is created by the addition of small amounts of chromium into the crystal structure. The color can be variable though, depending on the amount of chromium and iron, with the colors themselves often ending up being region specific. Terms like "Burmese" ruby for those found in Myanmar or "Thai" ruby for those found in Thailand are then sometimes used, but the color is not always a great indication of source.
Natural rubies, however, are extremely rare. And even when they are found, they are often imperfect specimens that require heating and chemical treatments to perfect them for gem purposes. Because of that, artificial rubies are more often used for gemstones. Artificial rubies had been produced for over 120 years and produce very high quality looking gems for a fraction of the cost. 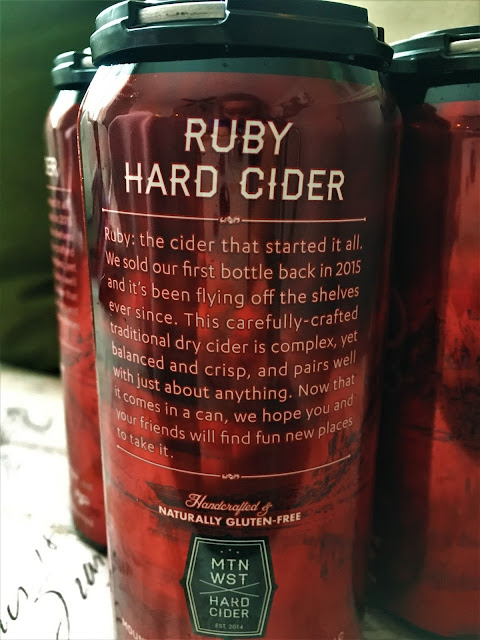 Text on the back of the can:

"Ruby: the cider that started it all. We sold our very first bottle back in 2015 and it's been flying off the shelves ever since. This carefully-crafted traditional dry cider is complex, yet balanced and crisp, and pairs well with just about anything. Now that it comes in a can, we hope you and your friends will find fun new places to take it."

Historically, the places most well known for ruby deposits are in Asia, however they have been discovered well outside of Asia including Africa, Australia, and the United States. The most notable ruby deposits are in Myanmar, Sri Lanka, Thailand, Cambodia, Madagascar, Mozambique, Nepal, Afghanistan, and Vietnam. It is because of the rarity of the natural ruby, as well as the beauty that a perfect crystal possesses, that lends the natural ruby such a high price point, even if it had been heat-treated to remove flaws.
References
https://geology.com/minerals/corundum.shtml
https://www.wikigempedia.com/ruby.html
https://www.gemsociety.org/article/ruby-jewelry-and-gemstone-information/
at November 22, 2021

Email ThisBlogThis!Share to TwitterShare to FacebookShare to Pinterest
Labels: Beer, Drunk on Mineralogy