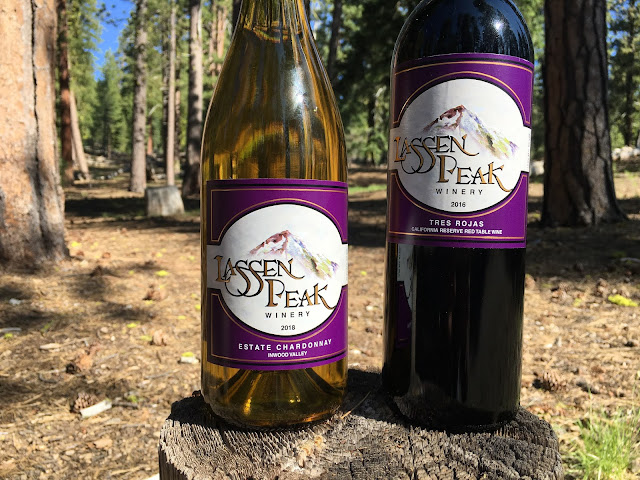 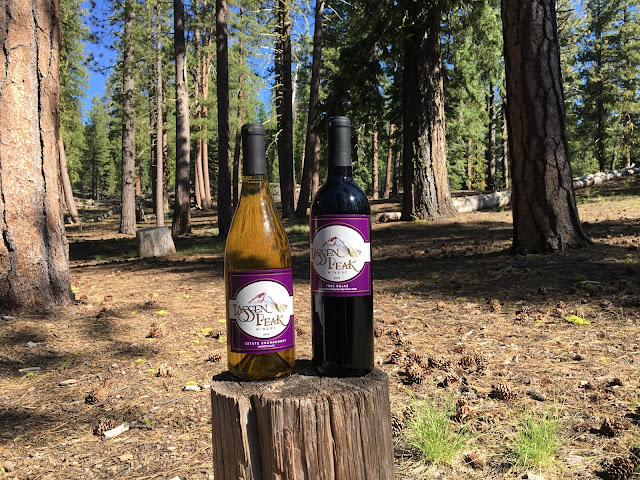 We were able to pick up some of the Lassen Peak Winery bottles from the gift shop within the Lassen Peak National Park while we were there. I took these pictures from Butte Lake Campsite in the northeastern corner of the park. 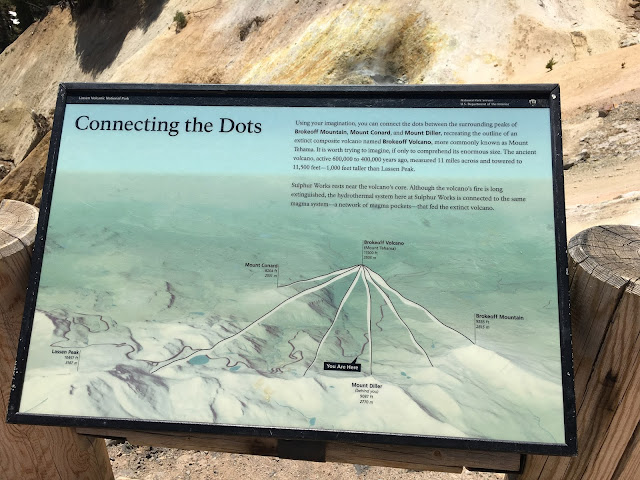 Lassen Peak is the remnant of a once much larger volcano, Mount Tehama, that erupted leaving behind a 2 mile wide caldera located between the surrounding mountains of Lassen Volcanic National Park.
Lassen Peak is the southernmost volcanoes in the Cascade Range, a series of volcanoes that stretch up into Canada along the Pacific Northwest coast.  These volcanoes formed from a process called subduction. The crust of the Earth is broken up into very large pieces called plates. These plates move around, with some sliding past each other, some pulling apart from each other, and others going towards each other. The edge of these plates are where earthquakes frequently occur, due to the rubbing of the plates against each other.
When a plate composed mostly of oceanic crust goes toward a plate composed mostly of continental crust, the denser oceanic crust gets forced downwards into the Earth. This area is known as a subduction zone. As the denser oceanic plate moves downwards into the Earth it starts to heat up and eventually melt. That liquid rock rises up through the crust forming a string of volcanoes called a volcanic arc. The Cascade Range is such an arc with Lassen Peak representing the southernmost extent of the subduction zone. 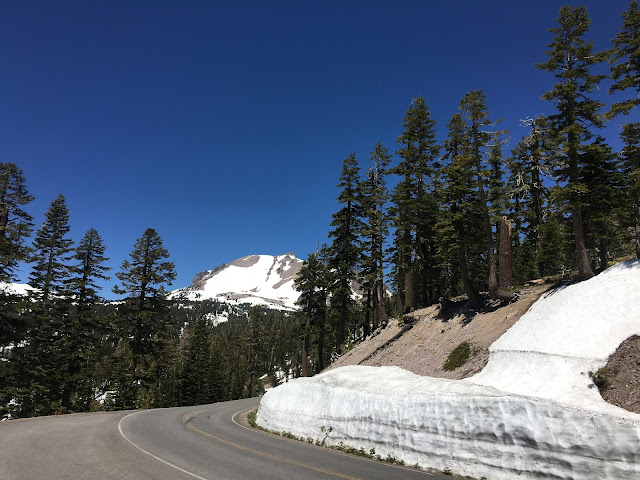 There are many different types of volcanoes. Here is a view of Lassen Peak in the distance, rising up to 10,457 feet in elevation. It is so high that during our trip at the end of June it is still entirely covered in snow. Lassen Peak is what is known as a "Plug Dome", this forms when the lava is too thick to flow great distances. Lava rich in silica (quartz), has a higher viscosity (thickness) and doesn't flow as far as thinner, basaltic magma, which is hotter and has less silica content.

Lassen Peak can also be viewed on the front of the wine bottles. The original Mount Tehama was known as a "composite volcano", which means that it was composed of alternating layers of ash, lava flows, rock fragments, and cinders that slowly piled up over time from smaller eruptions. Most of the volcanoes in the Cascades are composite volcanoes. Mount Tehama was active with frequent eruptions from about 600,000 to 400,000 years ago until the magma shifted and the volcano, losing its magma, started to collapse and erode away.

Once we reached the highest part of the road way at Lassen Peak, the snow really was still piled up. Here is a view of the snowfields along Lassen Peak at ~8,500 ft.

Despite the larger Mount Tehama having eroded away, the area is still very much volcanically active. Within the central part of the caldera, towards the bottom of the valley between the mountains, is a large hydrothermal area. The hydrothermal area contains many features that are heated up from the rich source of magma that still resides below the surface. This particular area is known as the Sulphur Works, which does have that glorious rotten egg smell, but there are a few other hydrothermal areas within the park. Hydrothermal features also have a tendency to have very vivid colors from the heavy minerals that get brought to the surface by the groundwater from the magma. 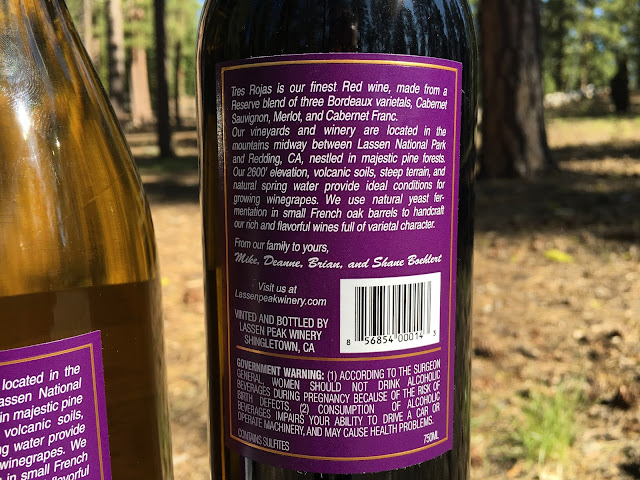 "Tres Rojas is our finest Red wine, made from a Reserve blend of three Bordeaux varietals, Cabernet Sauvignon, Merlot, and Cabernet Franc.

Our vineyards and winery are located in the mountains midway between Lassen National Park and Redding, CA, nestled in majestic pine forests. Our 2600' elevation, volcanic soils, steep terrain, and natural spring water provide ideal conditions for growing winegrapes. We use natural years fermentation in small French oak barrels to handcraft our rich and flavorful wines full of varietal character."