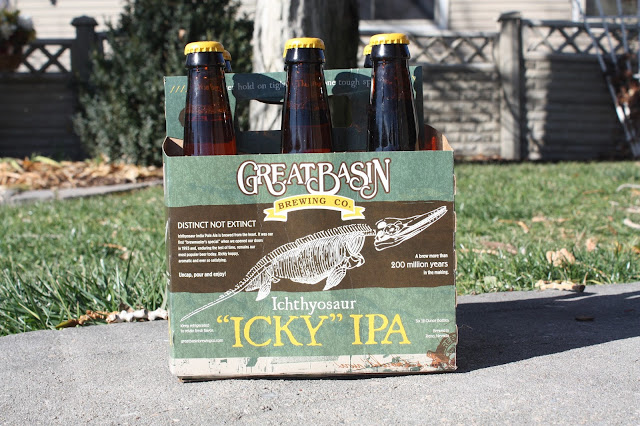 The next up in our Drunk on Paleontology series is Ichthyosaur "Icky" IPA from the Great Basin Brewing Company.

Ichthyosaur "Icky" IPA is named after the state fossil of Nevada, the Ichthyosaur (genus Shonisaurus).

Text from the front of the box:

Ichthyosaur India Pale Ale is brewed from the heart. It was our first "brewmaster's special" when we opened our doors in 1993 and, enduring the test of time, remains our most popular beer today. Richly hoppy, aromatic and ever so satisfying."

"A brew more than 200 million years in the making." 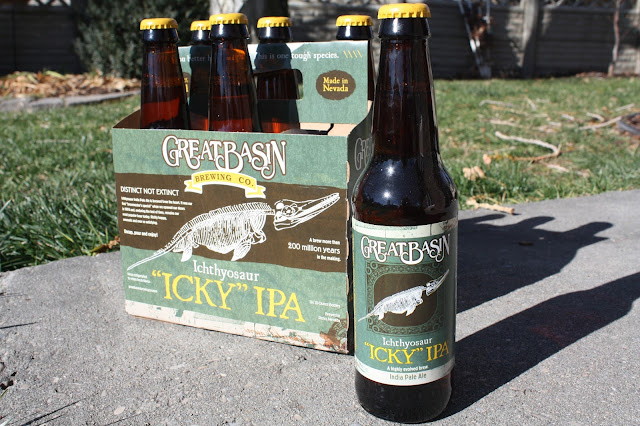 Some text from the Great Basin Brewing Co. website:


"Long before there was humankind, there was the mighty Ichthyosaur.

Ichthyosaurs, Greek for "fish lizard," were reptiles that had fish and dolphin-like characteristics and ruled the ancient seas at the same time the dinosaurs roamed on land. The fossil specimens found in central Nevada swam some 217 million years ago. They are among the largest ever unearthed, reaching 50 feet in length. Take some Ichthyosaur IPA with you when you visit the fossil display at the Berlin-Ichthyosaur State Park in central Nevada, both natural wonders. Available in 6-Packs." 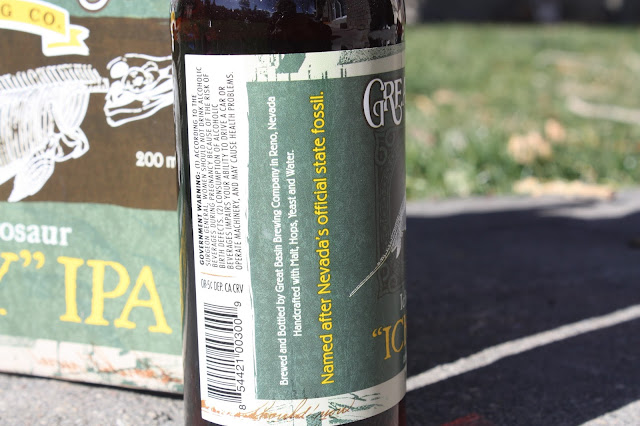 Looking at an actual fossil of an Ichthyosaur (genus Shonisaurus) from the Nevada State Museum in Las Vegas, NV (above). You can see that they greatly resemble modern day dolphins, a result of convergent evolution resulting in similar body phenotypes. The phenotype of an animal is the "set of observable characteristics of an individual resulting from the interaction of its genotype with the environment" (vocabulary.com). Ichthyosaurs, and their "cousins" the plesiosaurs, are often terms aquatic "dinosaurs", however, these animals were not dinosaurs. A better term for them would be aquatic reptiles, since they branched off of the evolutionary tree after the evolution of the archosauromorpha (also known as reptiles) but before the evolution of the traditional dinosaurs (dinosauromorpha). 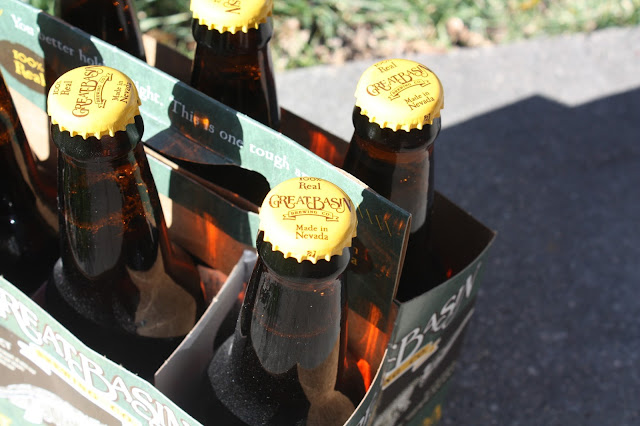 Nevada is the only state where a complete Ichthyosaur skeleton has been found. It was approximately 55 feet long and found in Berlin, Nevada (statesymbolsusa.org). The area where the ichthyosaurs were found is now protected in the Berlin-Ichthyosaur State Park. The park is "home to the most abundant concentration, and largest known remains, of Ichthyosaurs, an ancient marine reptile that swam in a warm ocean that covered central Nevada 225 million years ago. The fossils are protected and displayed at the park’s Fossil House." 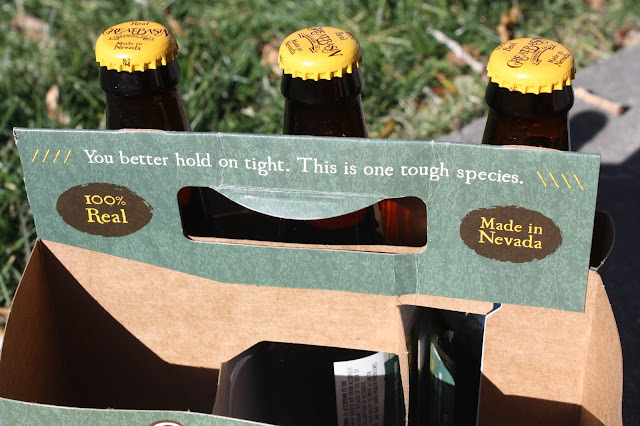 Text from the top of the box:


"You better hold on tight. This is one tough species."