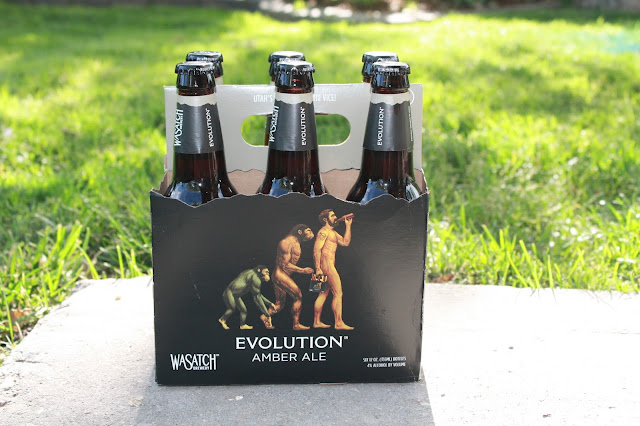 The next up in our Drunk on Paleontology series is Evolution Amber Ale by Wasatch Brewery.

The Evolution Amber Ale is pretty straight forward. Named after the theory of natural selection popularized by Charles Darwin, the box and bottle feature the monkey changing into a human poster named "The March of Progress". 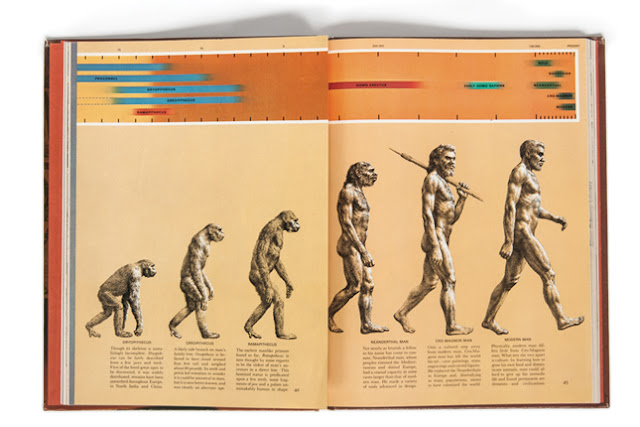 Seen here is the original March of Progress in its simplified, but most iconic, form. The page actually folds out and contains 15 individuals all together (but this one is much more straightforward, right?). It was originally published in the 1965 Time-Life book Early Man, drawn by Rudolph Zallinger. This turned out to be a rather controversial image, since this is not actually the way that evolution works, but hey, it's catchy, right? And that's part of it's staying power, it's catchy. 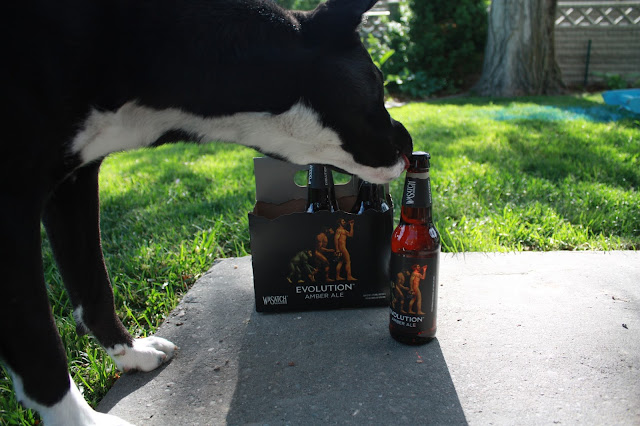 My dog enjoying the taste of some Evolution. 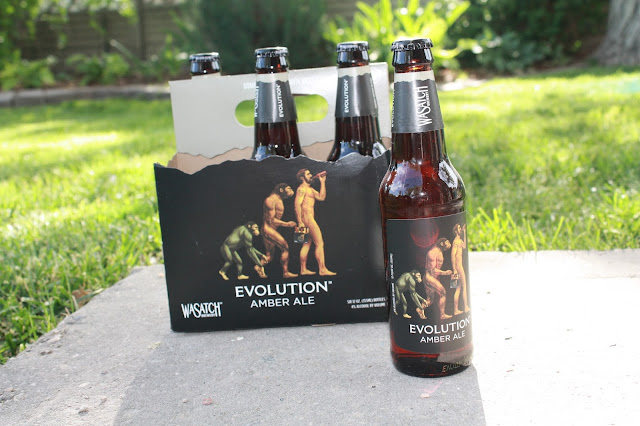 Beer shot sans dog. One of my favorite things about this bottle is that the human has a Darwin Fish tattoo. 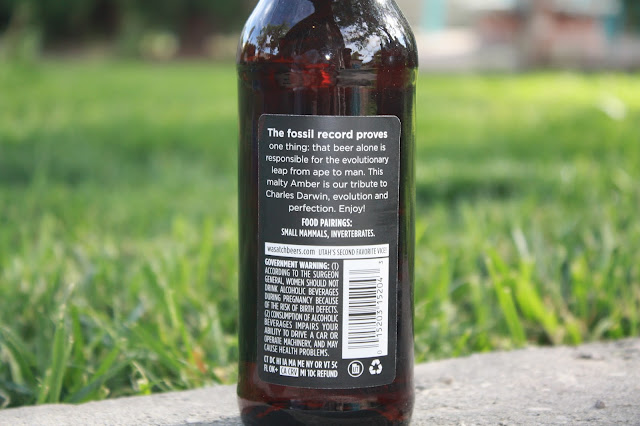 Back of the bottle text:


"The fossil record proves one thing: that beer alone is responsible for the evolutionary leap from ape to man. This malty Amber is out tribute to Charles Darwin, evolution and perfection. Enjoy! 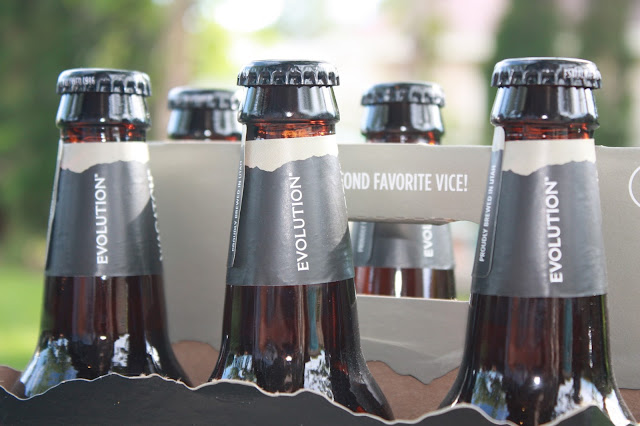